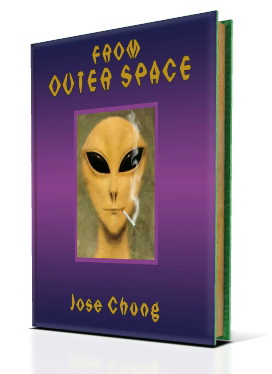 Still feeling unclean from that purposefully horribly-structured X-Files “fan-fic” I posted yesterday. It was more of an exercise in provenance than anything else, though I did enjoy the idea of a sequel of sorts to the Bat Thing episode and the idea of a Dana Scully ready to open up a barrel of whoop-ass. Also, a reference to Mulder showing and feeling his age because he doesn’t trust the benefits of medical advances that everyone else takes advantage of was funny. I was amused by the thought of Dana appearing 35 and grrrrrr-hot while Mulder is thin, turkey-necked, creaking and firmly in his 70s.

The concept of the Sof-Wall© comes from Tru Dat. An as yet unpublished opus of mine, Tru Dat is about what happens to a person during an era of unprecedented access to private information. Due to a compromised suite of programs called True Data released into the wild, personal privacy is all but gone and the most trivial, minute detail of anyone’s life is open for casual perusal. Being boring is one’s only haven from constant intrusion and meddling by friends and strangers.

The Sof-Wall© is just my idea of taking the interactive environment that exists today mostly as art installations to an extreme. In the future, I see people totally immersed in sensation, shapes and images, based upon their personalized Tru Dat preferences, that is reflected in their physical environments via shifting, malleable objects and structures. Residential walls will be the least of the advances, serving mostly as interfaces for entertainment and information.

I think it is inevitable that gesture and voice commands will relatively soon be commonplace in our environments. It is already available in a nascent form for entertainment and communication purposes. A universal user interface for technology, that can adapt to needs and requirements is not only very likely but also necessary. 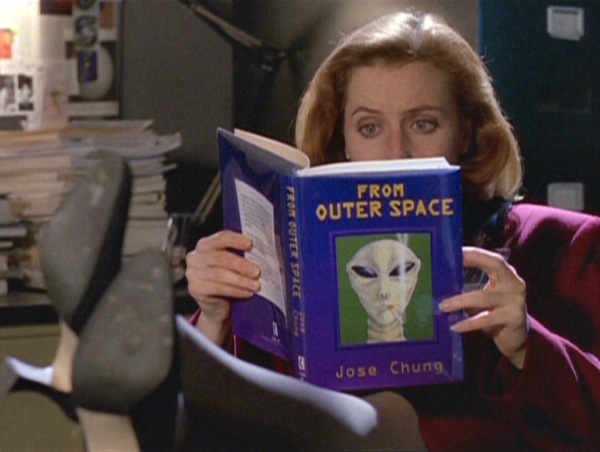 Winding up season 9 of the X-Files on the tablet. I watch about one episode a day sitting in the car during lunch at work. Our break room is a freak show, uncomfortable and no one SHUTS UP and LEAVES ME ALONE. Yes, some of those episodes are nearly unwatchable but the good episodes are great. Looking around the internet I noticed there are no decent pictures (other than Scully in her dirty, dirty shoes*) of the fictional book cover From Outer Space written by two-off X-Files character Jose Chung.

So in LTMS-style I decided to create one of my own. I found a nice painting of a classic Roswell alien (from the book Communion that From Outer Space is riffing on), shifted some colors, added some science fiction-y text, a cigarette and some smoke. The smoke was the hardest part given my level of photo manipulation skills (somewhere south of a North Korean propaganda minister).

The result was a reasonable facsimile of the cover to Jose Chung’s From Outer Space, as seen in the 1996 X-Files episode of the same name. Use it as wallpaper, a treeware notebook cover, tarantula habitat liner or however you want. This is fair-use fan-art so be cool and don’t stick it on anything for sale without entering into some agreement with the original artist for the painting of the alien and probably whoever owns the X-Files franchise. It’s also uncool to gank it, put your logo on it and slap it on your site. You know who you are. 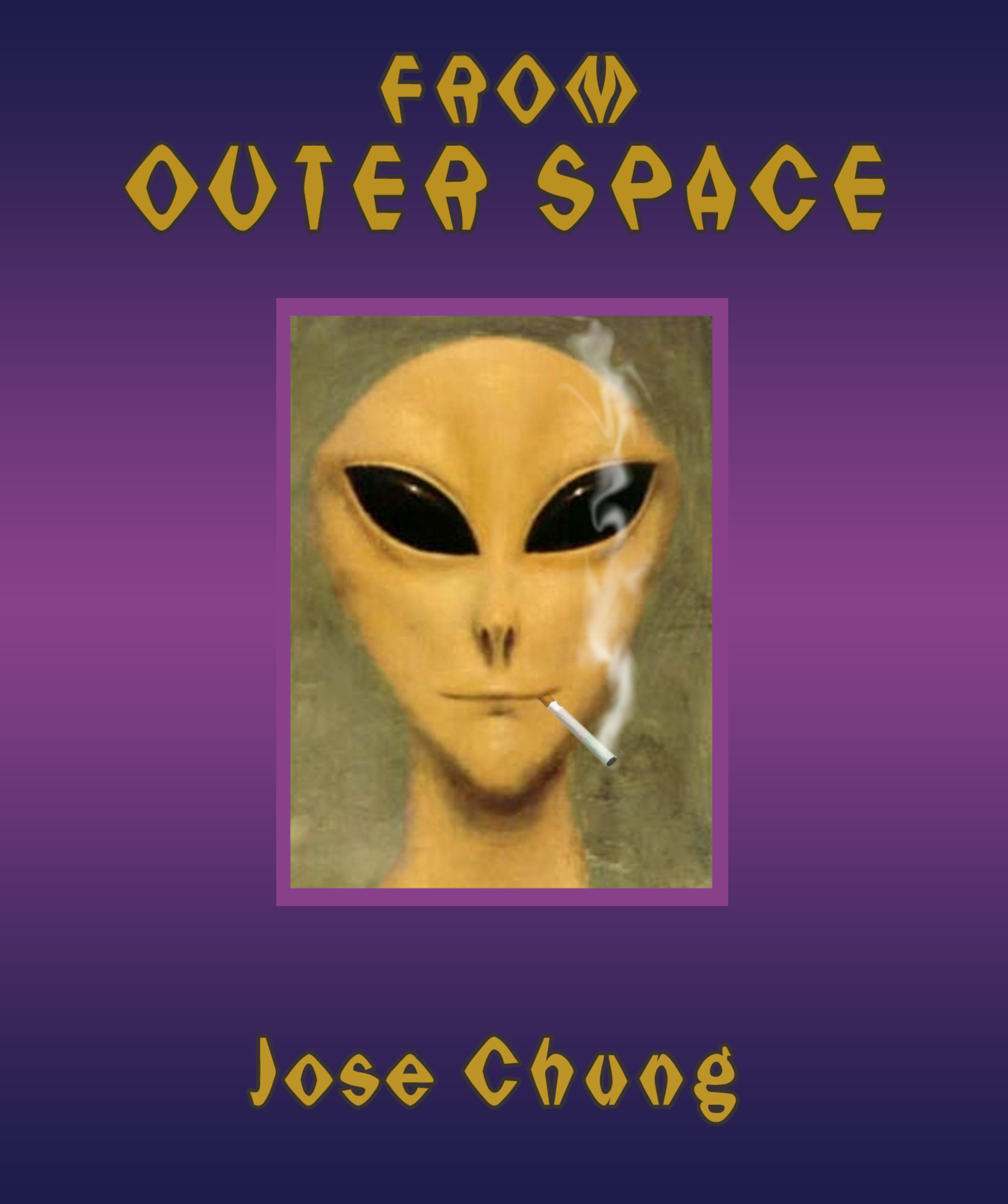 I’m a big science and science-fiction nerd-fan but I don’t believe for a moment in anything supernatural or of super-nature. Science as we know it just doesn’t support all the fringe claims of weirdness out there. But when I first read Communion back in 1987 I have to admit it was the only thing in my life as an adult that ever gave me recurring screaming nightmares. I’d read a chapter and that night have the most awful dreams. Typically, I embrace nightmares. They are not at all scary and like thunderstorms, I think they are great and entertaining. Fear is the mind-killer, you know.

Yet reading the book by Whitley Streiber messed me up on a predictable basis. It got so bad that as an experiment I’d forego reading it for a couple of days just to see what happened and would sleep like a baby on whiskey and sedatives. Then I’d read a chapter and that night wake up to the sound of an apple being crunched in my head** and losing my crap. I mean I was shaking, sweating and had the whole feeling like I’m dying thing.

Someone who believed in aliens (don’t get me wrong, I want to believe. Aliens would be great!) would propose that the book was bringing repressed memories of when I was abducted by aliens to the surface. But that is stupid. Unless of course I repressed memories of being kidnapped by a pervert when I was young and the descriptions of Streiber’s “true story” was causing me to recall them and causing my discomfort. Nah.

I eventually made it through the book but it was a rough couple of weeks. A few years later I saw the movie based on the novel and it was hilarious***.

*What?
** FYI, Whit. It’s called “waking up during mid-snore”.
*** An alien glory-hole vacuum probe. Are you kidding me?