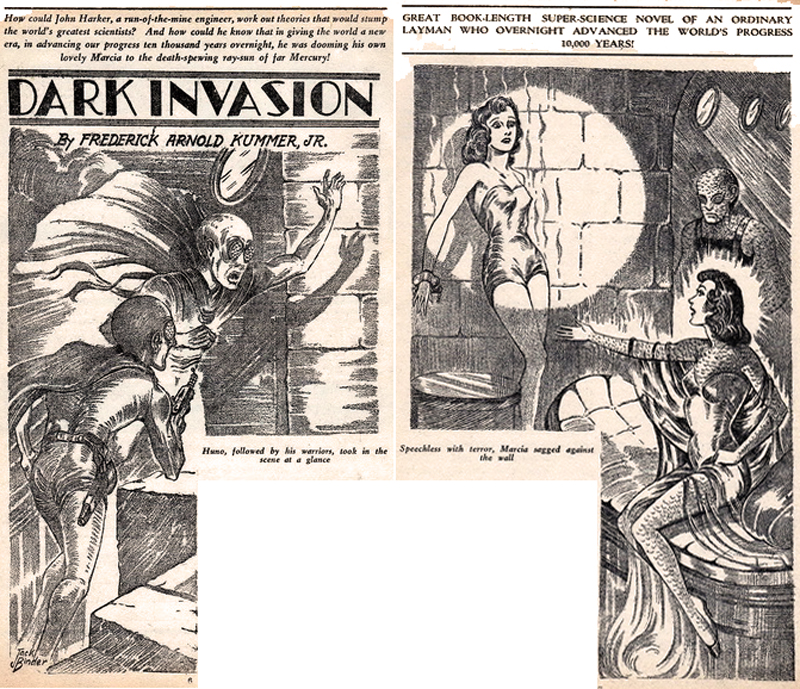 Planet Comics #56 (September 1948) is a pulpy entry into the Mysta of the Moon serial. Veteran pulp artist Joe Doolin is credited with the cover and it really hearkens back to the style of the 20s and 30s speculative fiction magazines. The Mysta tale is penciled by Matt Baker and his signature style is pretty clear even with the ‘good girl’ aspect of his art not as evident. Baker may not be as suited to science fiction as he is to drama and intrigue tales yet he puts in a good showing.

As for this chapter of Mysta itself it is full of imagery familiar to fans of pulps. Robots, BEM’s and the space ship wielding a giant spinning saw blade used to destroy buildings all evoke adventure mags of decades prior. The threat is from without this time and features what might be the first actual alien life form depicted in this series. It is never specifically identified as such but the villain of this tale is a colony creature suspended in fluid and may not be a genetically modified member of the human race used for labor as speculated in the other chapters.

The Safety Council and chairman Dirk Garro makes another showing and lends credence to the theory that the old government more friendly to Mysta and her decrees has been replaced. Domestic trouble at home is also on the horizon as the increasingly absent Mysta (who remains undercover with the Safety Council) causes Bron to become more dissatisfied with his role as her assistant and possible romantic interest. Mysta’s robot is not utilized at all (except for perhaps a guard keeping an electric eye on Bron) and appears modified again to be more utilitarian, vastly different from the previous model of humanoid, transparent musculature before the appearance of Bron.