I’m one of those fantasy/horror/sci fi fans that is pretty grateful whenever another installment of a franchise is produced. That is why I liked Superman Returns, Jonah Hex or the X-Men films well enough even as execrable as they are artistically and deviate from the source material because I am in that camp of “something is better than nothing” (Elektra notwithstanding).

So it is that I appreciated the direct to DVD sequel to the 1997 Starship Troopers and really enjoyed the animated series though I skipped on a viewing of Marauders (It just pandered what with the nude scenes). I was also very interested in the just released Starship Troopers: Invasion animated movie.

I’m always up for some cool SF action scenes and there are worse things out there to watch than another chapter in the fight between humans and bugs so I picked up the DVD the other day while shopping.

Invasion gives fans nothing new in terms of story and continuing the 1997 film with the exception of powered armor, similar to those seen in the animated series from years back. this much was welcome. But where Invasion really stumbled was in the portrayal of women. What? Go figure. Misogyny abounds.

In the first several entries in to the Starship Troopers live action and animated universe women are equals in society. The Verhoeven film was progressive in that way by depicting men and women fighting alongside one another with no real differences in gender roles. Other than the obvious economic class castes it was individual skill and accomplishment that differentiated people from one another. Race and gender were not a part of the equation. That was made very evident in the co-ed living arrangements and infamous shower scene of the movie. It appears that most male and female interaction was governed by strict rules about how to behave appropriately individually and in groups. In the Trooper cinematic universe gender relations seem to have progressed to the point that women and men did not have to worry about gropes, unwanted advances or assaults. No, apparently, meant no. This would have been on a societal level, not strictly in the setting of the enforcement of draconian regulations of a military setting. Overall, gender harassment was apparently a thing of the past and in that society would not be tolerated if it occurred.

Up to now equality among gender and race was a theme that remained constant in the Troopers cinematic universe. That changed with Invasion. In this installment of the franchise women are only superficially equal to men. They fight, go into battle alongside the men, wear the same battle armor everyone else does. One woman is this film is a captain of a starship and the other is a top-notch sniper. But that equality exists only for the action and battle scenes. Everywhere else the story defaults to the sexist behavior and male power fantasies so prevalent in modern SF and Fantasy that seem so difficult to abandon for good.

AS in previous installments in Starship Troopers Invasion the co-ed living arrangements remain in evidence but after that things change. The first exposure to one of the main woman protagonists is her introduction. While in the locker room two fellow soldiers are perving on her while she is getting dressed. One of the men is more polite about, perhaps hoping to be seen as the nice one in comparison to his larger more dangerous and unbalanced friend but they are still backing their comrade into a corner. The would-be assault victim shuts both of the men down in what is supposed to be a display of empowerment but the entire concept of what was happening goes against the primary setting of gender roles in the franchise to date.

The rest of the film dealing with men and women interaction isn’t much better. Sure, the women fight with the men but there are not so subtle differences. The basic uniforms for the men outside of the armor are practical anti-chafing, breezy coveralls while the women wear sexy and shiny fetish gear. Where the men are brutish dullards with itchy trigger-fingers the women are all slinky and teasing and ballet-walk like minxes, using sexual politics to manipulate their counter-parts through frustration.

In one disappointing vignette two soldiers, one being the big rapey one from the locker room and the other a more graceful martial artist, decide to show who is tougher and more sexually attractive by fighting one another for no real reason than to waste screen time until the killing and screaming starts. The blonde harassment victim from the locker room scene intercedes to referee and helps throw the fight by exposing her chest, distracting the fighters. Laughably, the sight of one of her breasts is so sexy and powerful both of the men succeed in causing TKO’s to themselves. Odd, considering that it was clear they could see however much skin they wanted of any soldier they cared to during daily ablutions.

One could argue that in the Troopers universe years of war with the bugs has taken a toll and is breaking down the equality of the sexes, the threat of extinction forcing humankind to “circle the wagons” as it were and revert to the “Men hunt, woman make babies and cook” kind of tribal society that once existed. That is just fan-wank. More likely the differences in this installment from the all others is cultural. Starship Troopers Invasion is a product of a Japanese creative effort and movie reflects that. The stereotypical tropes of Anime and Manga from the 1970s on is evident. One of the positive themes in Japanese fantasy is that everyone is as equal and capable as the next person. Children fly jets, everybody works together and has a sense of responsibility.

Where that equality breaks down in that subset of entertainment is in how men and women interact. The mid-set is pervasive. The creators used the same tired old posing and posturing that passes for characterization of men and women that would be familiar to those who have watched more than a half hour of anime. Not much has changed in decades of product. As strong or capable as a women is she is still ultimately at the mercy of men as a mate or plaything and is a often a lost girl needing to be rescued. This is undoubtedly partly cultural and a sort of creative reflex due to creators catering to what they think the audience wants or will accept.

Over-all Starship Troopers Invasion wasn’t a bad film. The story brings back some of the cast and characters from the first film. Nice action, battle cruisers under assault by the bugs and an attempted beach head on Earth was an entertaining enough yarn and a good distraction. It is just that in moving forward with the saga this installment of the story made a giant step backwards as entertainment that would appeal to a wider audience. Someone who wants a total experience will be disappointed as I was by the flaws in characterization. While without doubt Invasion is primarily for a male audience it could have easily taken steps to attract everyone that is a fan of the genre instead of alienation and lazily catering to stereotypical expectations of male power fantasy fulfillment.

…into the tent so you can serve the men their snacks.
Wow, initially I thought he was going to carry the tray in for her. Can’t decide if he is being a jerk by guiding the tray in and holding open the ‘door’ or being progressive by letting her do her job on her own. It’s up to the viewer to decide, but I think that personal interpretation has evolved since this film was made and how it is seen today is different than the original, probably not conscious, intent of the filmmaker. In the 1950s  holding thew door open for a lady is just what polite, well-meaning men did.
From The War of the Worlds (1953). 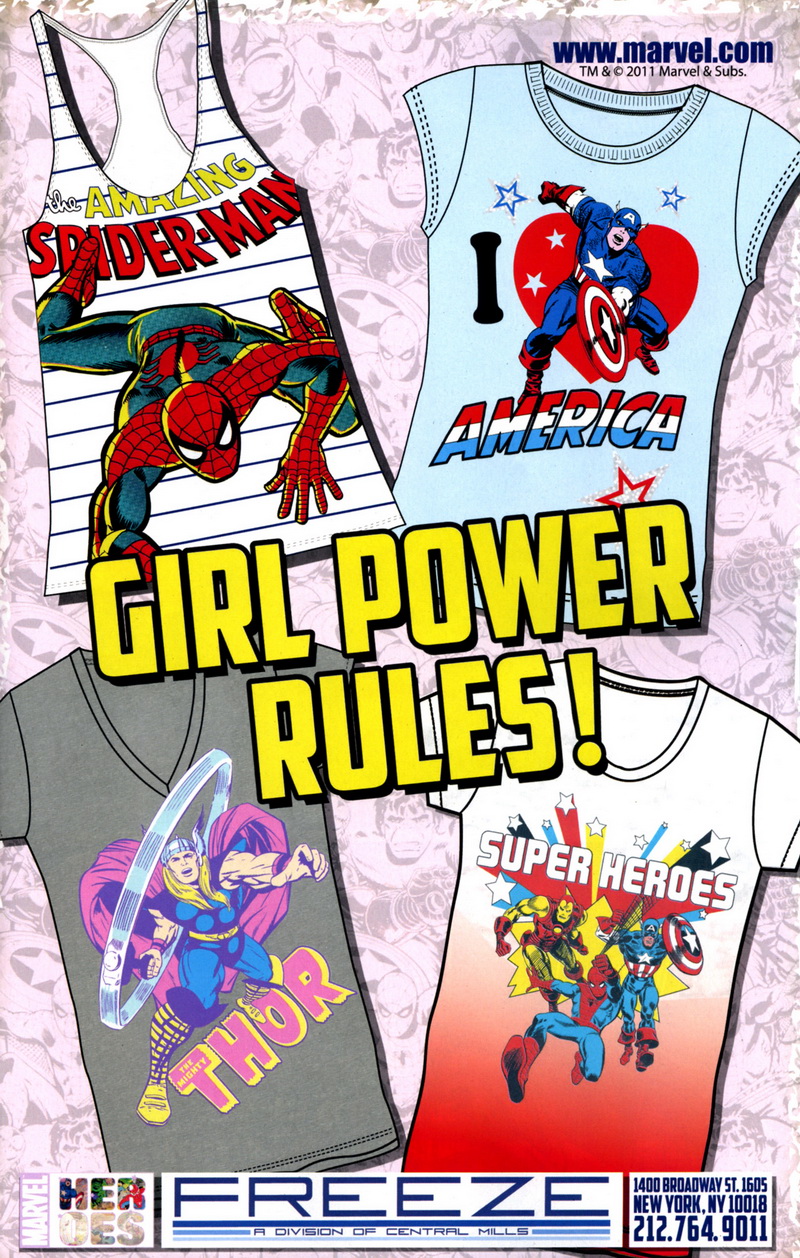 While not on a par with the JC Penny Homework t-shirt argle-bargle, one company thinks that the best possible declaration of female empowerment is by wearing clothing that exclusively depicts super-powerful male characters.