Eye want you to drive safe, eat too much and have a Happy Thanksgiving! 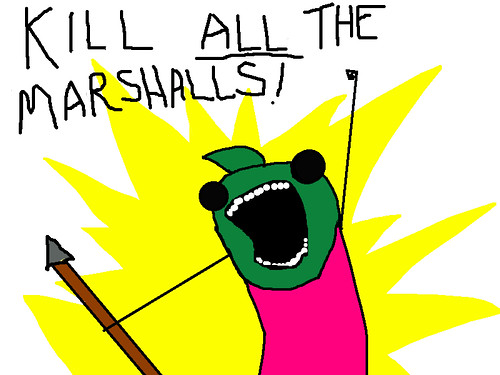 For those of you who can’t get enough this Thanksgiving of an unwilling gathering of hairy, cretinous members of an extended family, bickering siblings and manipulative parents desperately seeking an escape from their surroundings I present a classic Land of the Lost episode in two online parts.

Originally broadcast in December of 1974, “Stone Soup” tells the story of Rick Marshall, who tires of his children Will and Holly constantly fighting. Rick is also attempting to gain the reluctant and opportunistic acceptance of the native Pakuni tribe. Rick employs a cooperative lesson based on the old Stone Soup fable, from which the episode takes it name, to bring the families together and save the region from an environmental disaster.


Since a few people asked what the deal was with the cover because the gag had little context, here is the original cartoon that inspired it as reprinted from the daily newspaper comic strip for Walt Disney’s Comics and Stories #12 (September 1941).