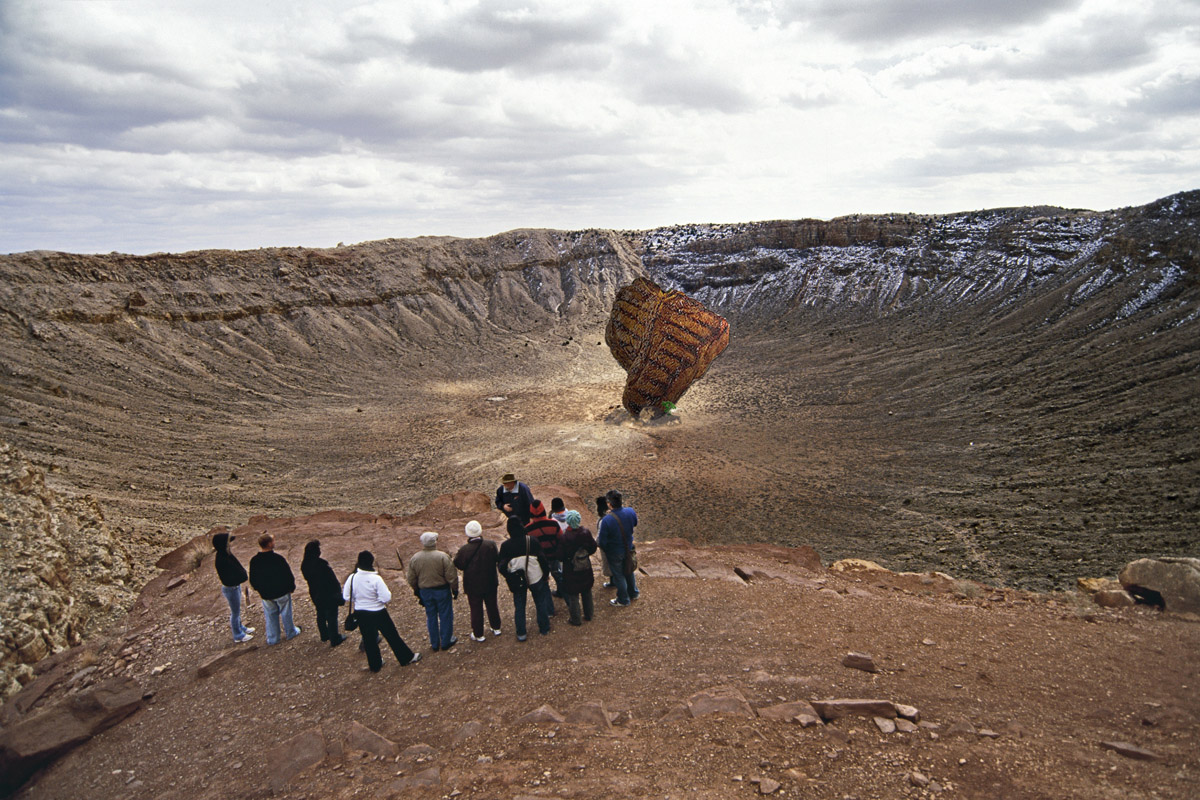 “50,000 years ago during the Pleistocene era a T-Bone steak weighing an estimated 300,000 metric tons impacted the earth in Arizona at a speed of approximately 13 kilometers per second. Heated to an internal temperature of 180 degrees by passage through the atmosphere the steak’s impact formed a 1,200 meter in diameter, 170 meter deep crater. The tasty impact crater, designated as Site A1 by the U.S. Geological survey has since become a popular tourist destination. It is claimed by Texas as a registered historical landmark even though it is situated in the Arizona region. While the high arid desert has preserved the crater from overgrowth several large deciduous trees have grown in the vicinity of the meateor, making it fancy.”