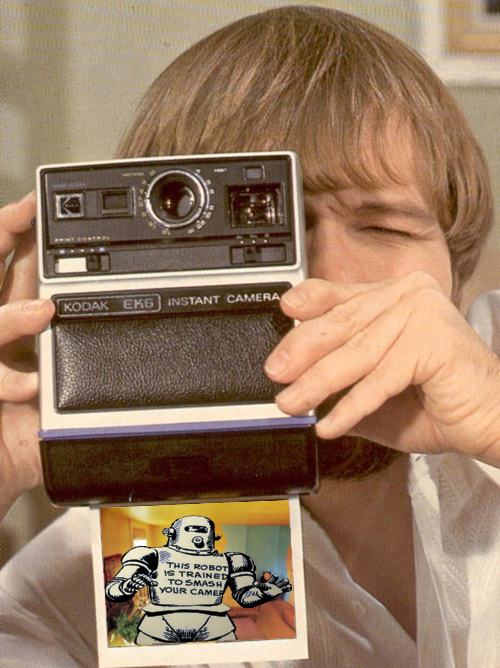 No surprises here and the story seems to be missing a few paragraphs in the beginning but the image of the robot chauffeur taking the hero for a ride is postable.

Text stories are seemingly out of place in old comics but they were often included in comic books and comic magazines to allow the periodical to qualify for better shipping rates.

I’m really enjoying the new Avengers series primarily for the JRJR art though I’m not hating the story direction either.

In particular I appreciate this scene from Avengers #6 (Dec 2010) of Ultron standing at the crest of a pile of debris.

This panel conveys a real sense of horror and menace from the human-hating robot Ultron. In the past Ultron or any other villain, when shown as victorious, would usually be depicted standing in a vast control room or city that is an extension of itself. While visually appealing it also became somewhat of a cliche and usually the cause of the antagonist’s defeat. A super-intelligent robot wouldn’t really need to sit on a throne or connect to the internet though it looks good in CGI cartoons.

In the comic Ultron was placed in a scene where the robot’s essential binary nature was revealed. Ultron is either ON or OFF, at ZERO or ONE. Having completed the directive to erase humanity from the planet Ultron stops in mid-step, inert until it is prompted to proceed again. Like an anti-life Roomba, Ultron apparently just walking the earth until the program was fulfilled, having extinguished all life. That’s scary.