Archie vs. Aliens? I’d pay for that twice. 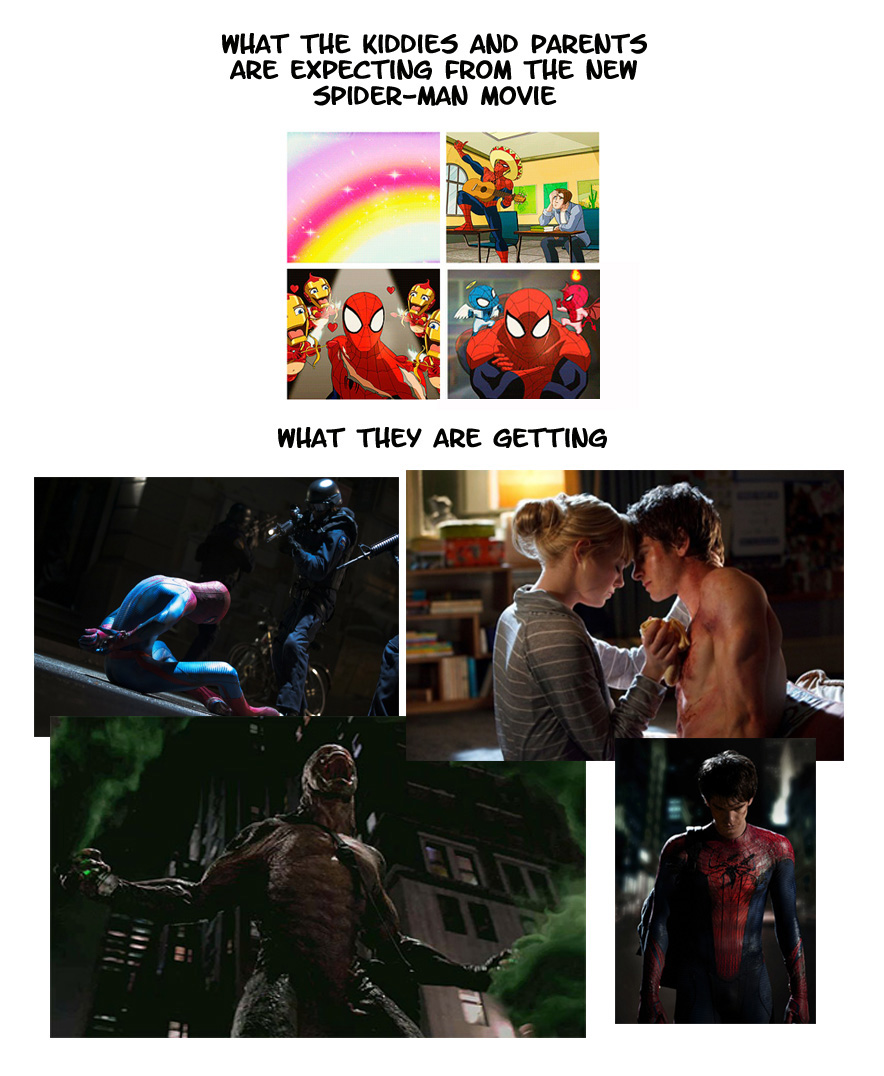 Do your homework, parents and guardians!

So without further ado, here you are, free of charge! As always, click the images to make them as big as Captain America’s chest (Okay, maybe not that big)!

I couldn’t figure out why the Michigan legislature was so keen on silencing Rep. Lisa Brown the other day but as usual a Venn Diagram explains it all.

Many of the members of the Michigan GOP may like vagina in concept but are terrified they may someday be put in the position to be treated like the traditionally second class semi-citizens that have one of their own.

I really enjoyed the new animated feature from DC, Superman vs. The Elite. I agree with Chris Sims of the Comics Alliance site that it is better than the [comic book] source material. This movie was a lot of fun and I liked the art style more than many reported to from early viewings. The Fortress of Solitude, Superman Robots and the pre-Ad Nauseum Crisis relationship between Clark Kent/Superman and Reporter Lois Lane made me miss the old DC Universe so darn much.

Actress Pauley Perrette as a new voice for Lois Lane was the thing that stood out most for me. Voice actors can really make or break a show. I still wince when I hear the boyish pitch of Tony Stark in Avengers: Earth’s Mightiest Heroes. Perrette has a great-sounding voice and delivery cadence that suited the character without sounding too similar to the manic, hyper-caffeinated Abby of NCIS. The Lois personality really comes through with Perrette ably voicing the character. In fact, Perrette was considered so effective as Lois that that as a mark of respect the animators created their own “cross-over event” by copying Perrette’s real spider web neck tattoo onto Lois, thereby making it a part of the DC Universe continuity. That’s just great.

I’m going to weigh in on the argle-bargle surrounding the image of a new Green Lantern character DC is introducing.

The fans are screaming that based on the image this character is a street thug, a gangsta and what does a Green Lantern need a gun for anyways? Predictably, the big deal appears to be that he is black, has a tattoo (it’s glowing with green power, get a clue, that means something), is wielding a gun and wearing a stylized uniform based on what appears to be a ski mask, possibly a reference to his occupation of a bodega stick up artist.

Forgetting everything else for a moment (even that the new GL may wear a mask in his civilian life as a neighborhood vigilante good-guy) let’s understand that one of the under lying themes of being a Green Lantern is redemption. It was for Hal Jordan, Guy Gardner and is certainly an on-going process for John Stewart. All of these characters are on the hero’s journey paying for their past sins of arrogance.

It appears from the cover solicit the new Green Lantern, if not John Stewart himself undercover for something, may be on a similar path. Assuming the new guy is a predatory street thug it makes sense that he would have the basic requirement to be a space cop, the ability to overcome great fear.  He actually could be the perfect representative at this time for the GL Corps. Guy Gardner is the past was appreciated by both fans and the GL cast as a Corps member who got things done, regardless of the fall out. He has recently been the morals of the Corps and is probably the most honorable Lantern there is, doing what he feels is right even if the Guardians disagree.

Gardner continually defies the Guardians and is currently on a campaign to stop their shenanigans. So the Guardians may search for someone they think may be easier to point at things and zap stuff without questioning their directives. The new Lantern member, chosen for toughness, poor-impulse control and lack of morality for whatever purpose the Guardians need him for, this character could learn to be the hero the Corp needs to set them back on the path of Order (if not Good). The stylized mask and the gun would be the transitional props from his old life, surely to be discarded as he grows beyond his origins.

So relax. See what happens. Don’t jump to conclusions.

Skip past all the ads (I didn’t know the English were into monster truck rallies) to page #37 for a feature on Hayley Mills in the June 2012 issue of Country Images. The article touches a bit on her past, present as Ursula in Ladies in Lavender and her future with Wild at Heart.