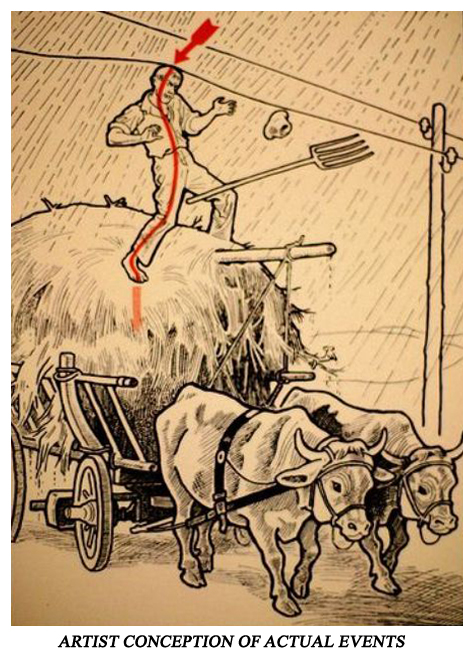 Not that you’d know it from the national news media but yesterday San Diego suffered a major and nearly unprecedented power outage that lasted about 12 hours.

At about 3:30 p.m. the electricity failed due to some event in Arizona. The grocery store where I worked went into power-saving mode, which means the back-up generator can run the registers and some other systems for a time, but not for very long. Apparently, the contingencies some nationwide companies have in place for regions of extreme weather that have frequent and extended power outages are not distributed or adapted to the franchises in the relative paradise of Southern California. Historically for businesses outages in San Diego rarely last more than a few hours. This time though we lost untold thousands of dollars worth of product. Some stores are reporting up to $70,000 in spoiled product. Fingers are pointing at the heads that are expected to roll but this wasn’t a disaster that began and ended at the store-level. Little or no local contingencies for extended power outages, few refrigerated trucks, limited and seemingly random ice and dry ice deliveries, many back up generators that were limited to support only registers and some lighting and not the refrigerated cases and freezers is a problem that started at and can only be fixed from a higher level.

Once the power went out we shut the doors, only letting customers out and none were allowed entry. This was for safety, mostly. The store was dark and we couldn’t have people stumbling around and possibly getting hurt.

Initially, we did let in a mother and her newborn infant so she could get some baby formula and a bottle. We escorted her with us carrying flashlights. Being in panic mode from the power being out she forgot her payment card, didn’t have cash and the ATM’s were inoperative anyways so we just let her have the items. If she pays us back great, if not we are not worried about it. Babies gotta eat. 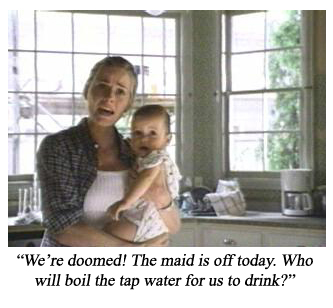 Of course, when we let the mother and newborn inside another person outside threw a tantrum about being excluded. She wanted in so we let her grab a few things.

A bit later while we were prepping the store another person arrived and went all “Trigger Effect” on the person watching the front doors, claiming an emergency. He was pretty out of line about it and in interest of keeping peace the guy was allowed inside. I don’t know what type of emergency is handled with the tortilla chips and strawberries he purchased but it is an odd world sometimes so who knows what his situation was. When I was notified of his behavior I made sure I checked this person out at a register. I dropped a few suggestions that in the future, he should behave better and that I would understand if he wanted to shop elsewhere from now on. FYI: You don’t threaten people, not any I am responsible for and basically if I am anywhere in the vicinity. I won’t stand for it. Threats will usually get you two things: At my place of work at minimum a banning and maybe a trip to the slammer. I’ve worked too many places where workplace violence is a reality to let things like that slide and hope the person doesn’t get the “Big Headache” and return with a weapon or flip out and attack.

EMERGENCY TIP: Always check the International aisles of the store when panic/emergency shopping. Often people don’t think outside their usual frames of reference and when the hardware aisle is cleaned out of regular emergency supplies the International foods section will usually still carry a good supply of veladoras (those prayer candles with religious icons on them) and Shabbat candles. 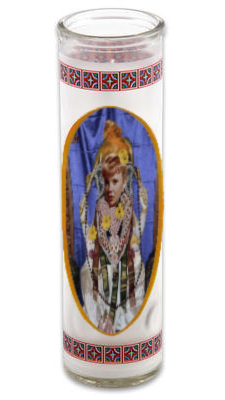 After the customers were out of the store all the employees pitched in and went to work covering all the cold items. Open chill cases are great for shopping but lousy for keeping things cold. If the power was restored in a few hours then everything would be alright (with the exception of the ice cream). Once we were all done with that we opened the store again. Taking advantage of the emergency lighting in the aisles, sunlight through the windows and using flashlights propped up on the checkstands we were able to remain open until later in the evening when it just became too dark for customer safety and we were unwilling to sell the remaining refrigerated items.

With a few exceptions the customers pretty much remained calm and didn’t act out. No one mentioned terrorism without it clearly being a light-hearted jest. I heard more people suggesting that the Grocery Workers Union was responsible for the event than al Qaeda. I did observe one couple taking advantage of the chaos by walking out the door without paying for a bunch of stuff (among the loot was a bouquet of flowers. Not even the edible ones, just a pretty arrangement!), but over all thievery was at a minimum. I guess there will always be people who take advantage. Those kind of people would rifle through wallets and pull rings off of fingers at the scene of a disastrous jet crash so stealing munchies and a flower arrangement during a power outage probably won’t cause them to lose any sleep. The truth was if anyone without access to funds (like the mother with the newborn) discreetly asked us (so others wouldn’t jump on the idea) we probably would have just let them grab whatever they needed at no cost. I wasn’t mad, mostly I was just disappointed. 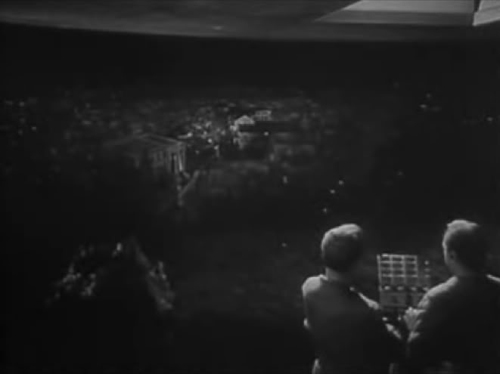 Once the store was closed for the day I drove home. By then the streets and highways were clear. My neighborhood was still without power and the house was hot, hot, hot. I don’t live in the kind of area where windows and doors can remain open unguarded so even though it was cooler and tolerable outside I just went to bed. The first I was aware the power was restored was at about 3:00 a.m. when the air conditioner kicked on and woke me up with a blast of sweet, cool oxygen.

What sold the most at the grocery store during the power outage? Ice, water and booze. All three items are obvious, at least for our regional climate. Whatever fear-mongering or distortions might be reported on later I didn’t observe anyone really scared, just mostly unprepared. After everyone dumped ice in their respective fridges to prevent spoilage then it was Big Fun Party Time! Nearly every order had alcohol in it. And 13 hours without power? I wonder what kind of baby boom we can expect in the San Diego area 9 months from now.