Way back in March of 1970 the comic book everyone was talking about was Iron Man #23. The reason all the Marvel aficionados were abuzz was due to the unusual printing format of the issue itself. Upon picking up the magazine of the spinner rack at the local 7-11 many Iron Fans were stunned that there was no real splash or title page to the issue. We all said What The..? Within days all the cool kids were talking about it and without a steady stream of info from the internet that exists today we had to resort to speculation, anger, threats and yes, even some tears as frustration set in. 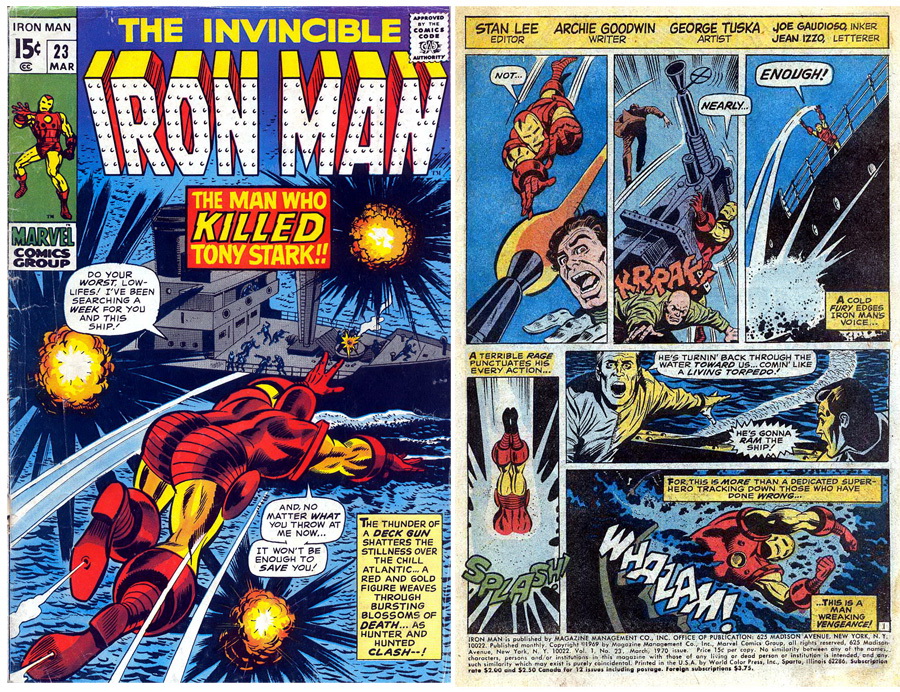 What was odd about Iron Man #23 was that it appears the splash page, that first introductory full page panel that grabs your attention and sets the scene for thrills and excitement to follow, was used for the cover itself! In the two page spread above one can see that the story begins on the cover! It didn’t seemed to have been originally planned that way as the credits seem rather perfunctory and placed more in mind for the little space available than giving full creator credits like most issues. Pretty unusual for the day indeed and what was even more odd that the cover is not artistically disconnected from the interior story! As all Marvel fans know each cover of their magazines that does not exactly match up to the story is not false or misleading advertising. No! It is actually a snapshot of an alternate and wholly separate Marvel reality!

When you think about it (and I do) Iron Man #23 is probably the only comic book published by Marvel where the cover is actually a part of the 616 multiverse! Minds were blown. Not right then, though. That happened years later, when the 616 universe began to be explored and fully realized. But comic book fans have the amazing ability to obsess upon and recall even the tiniest and most insignificant occurrence. So when the Marvel multiverse began to receive full saturation over the various titles many fans did indeed lose their crap when they remembered Iron Man #23.

One wonders what occurred that caused the planned cover for Iron Man #23 to have been replaced by the splash page. Lost in the mail? The Dreaded Deadline Doom? Screw up? We may never know. But Marvel made up for it later in that very same issue with this full pager by George Tuska, Mike Gaudioso (aka Esposito) and letterer Jean Izzo. The colorist is uncredited and that’s a shame because it was a pretty good effort. 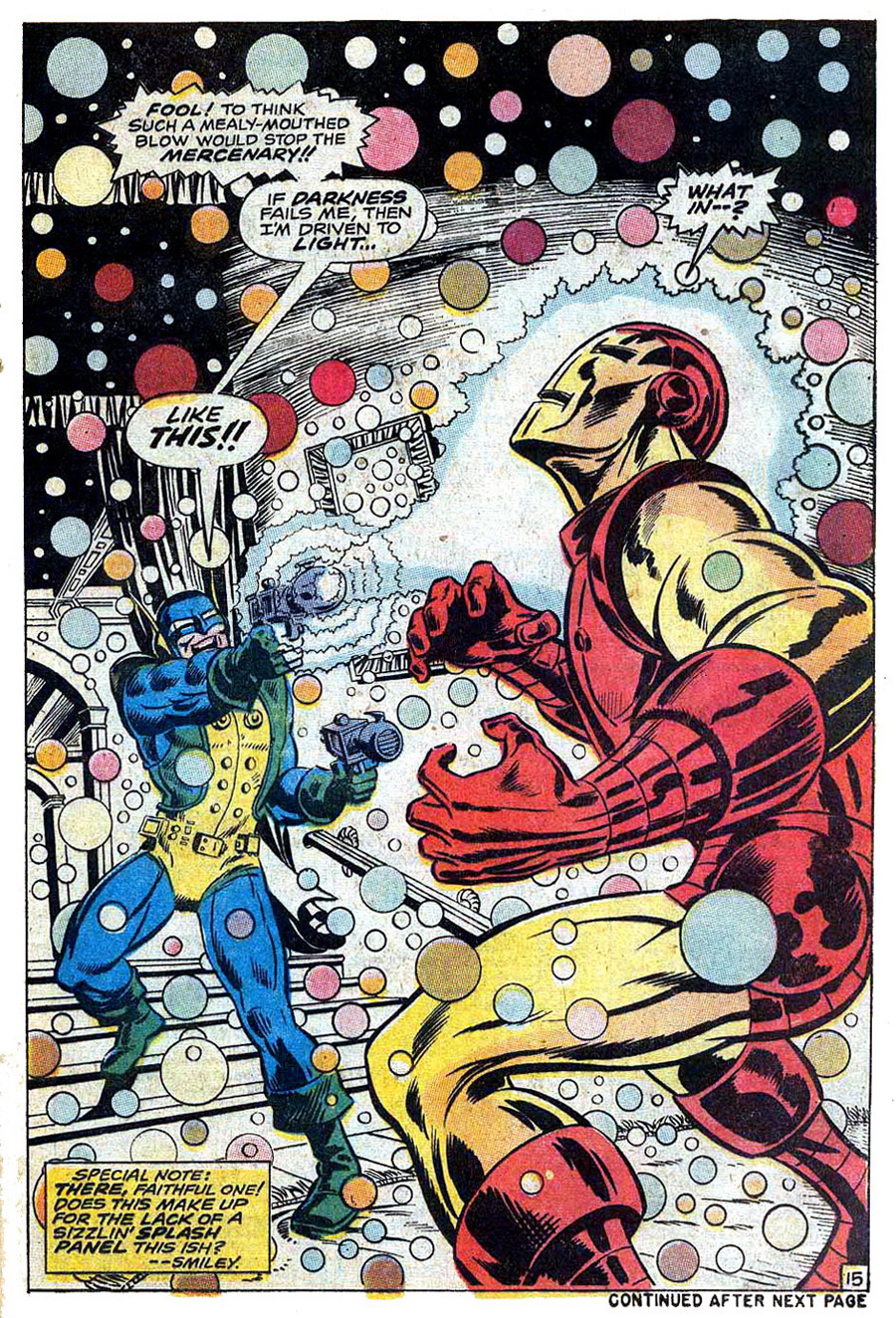 Pretty neat, huh? This page would have made a great Third Eye poster like those funky Doctor Strange ones!